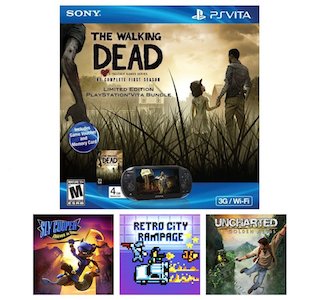 Here’s another great Amazon deal! Their deal of the day is this PlayStation Vita Walking Dead Bundle. It’s priced at just $174.99 today! This price beats the Best Buy Black Friday price too.

Shipping is FREE on this item. It has great reviews, with an average rating of 4.6 out of 5 stars.

This deal is valid today, November 29th only, so make sure to buy one now!