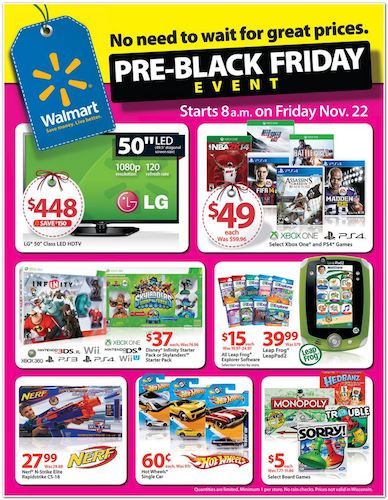 Wow! Walmart is stepping up their game and is starting their Pre-Black Friday Event tonight in-stores! The online sale will still be starting at 8am on Friday, November 22nd.

Head to Walmart tonight and grab some of these deals, or shop online starting 11/22! The following is a list of the top deals; to see over 100 items that are on sale, head over to Walmart.com.